Woe is me, it has been nearly a month since I last hung out here. Here are my excuses:


However, (woo-hoo) I am back on track and I have this lovely toy to play with - the Brother Scan n Cut. 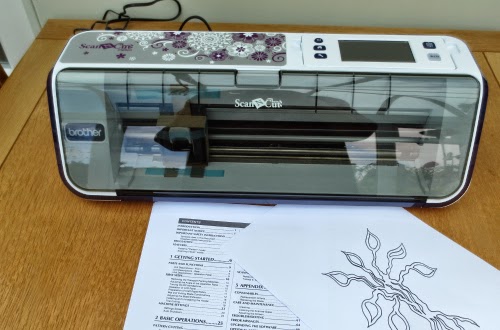 It only came last week but I've had loads of fun already. I am making a piece of work called The Butterflies' Revenge. You may remember that I made a piece based on some poor butterflies that wound up as exhibits in a butterfly cabinet. Wouldn't see that now - it was a few centuries ago! Anyway, I have invented a mythology about the 'wood-warriors' (they were the nasty tribe who perpetrated the butterfly killings). You can see some of the drawings of the warriors and their lion leader in the pic below. 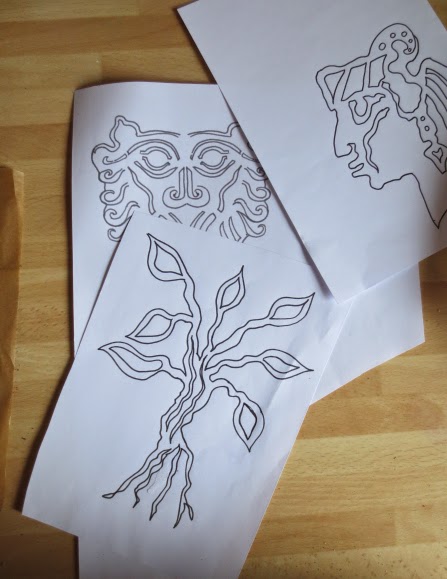 The butterflies got their own back by entering into an intensive breeding program. It was hard work, they said, but somebody had to do it. Eventually there were so many of them that they all sat on the wood-warriors and suffocated them. Then they mounted their heads and kept them in a cabinet. I am making the mounted heads - I have scanned them and cut them out on the Brother - easy peasy. 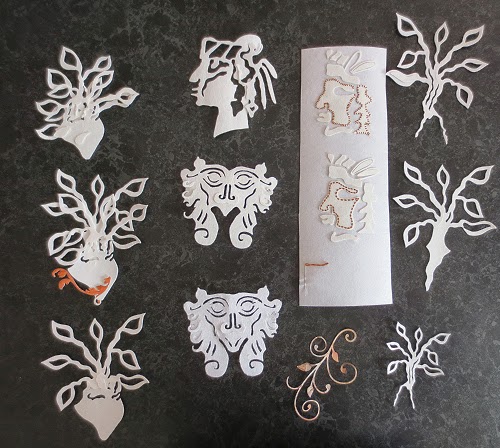 Knocked up a few trees as well to show their habitat. I cut them from Craft Vilene and the cutting very clean. 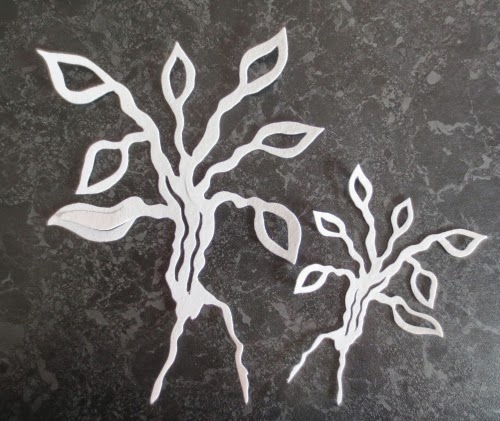 Some of the warriors were made into stencils and the cut-out areas were too good not to use so I am stitching them onto a background. They have running stitch war-paint. 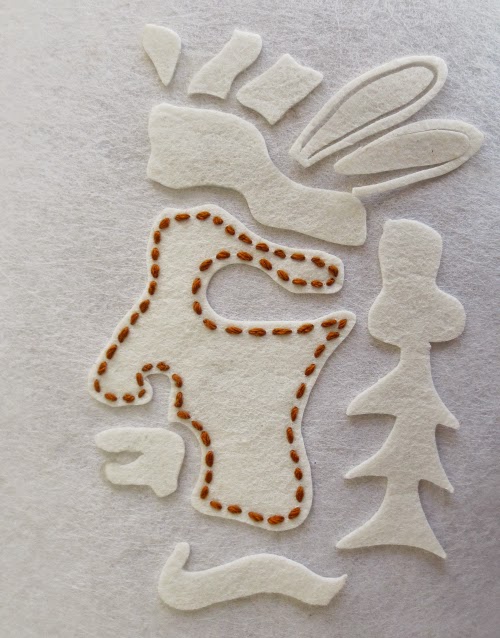 I will, hopefully, show you the next episode when they are all stitched and mounted.

While I was getting a feel for the machine, I tried some of the built-in patterns. Love these fish (see below) where I have deliberately allowed random overcutting to change the shape. I am colouring them and am going to make a fish bowl. That is near completion and may be used by Brother as a project and this seems a good subject. 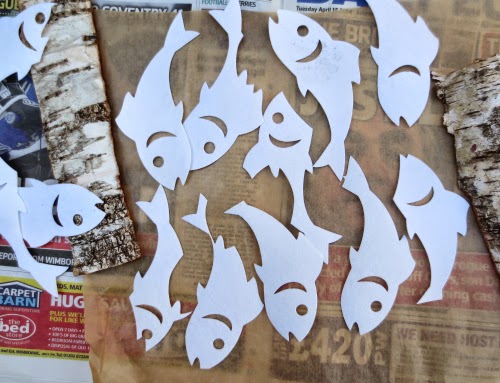 The cutting book also shows ideas for simple cutters like the ones below - just punches that produce shapes that you can link together. They look like shoes. 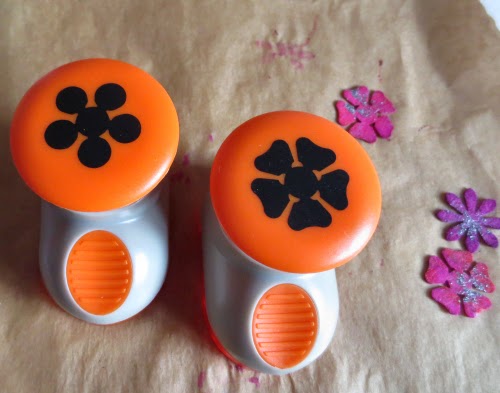 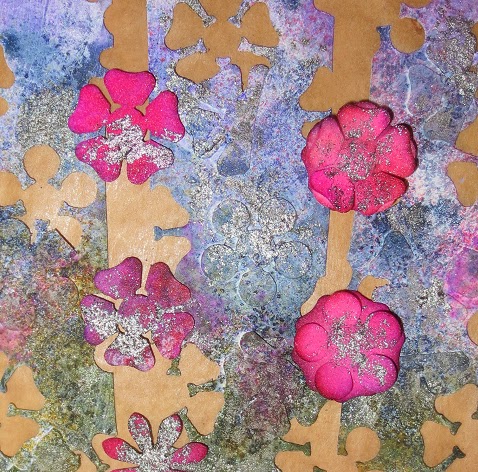 I have cut 'straps', nibbling away at the edges to make good shapes. I plan to stitch these to a background. Detail above. 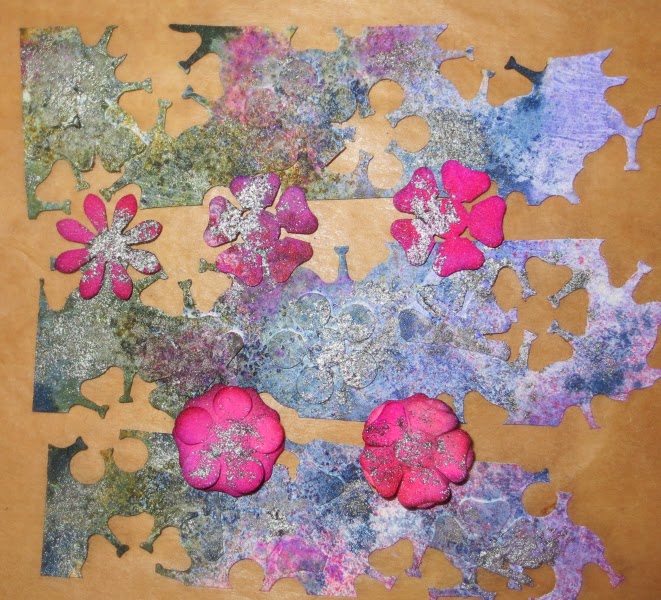 So, lots of work to be done - back soon with some finished stuff. I hope.
Posted by Maggie Grey at 17:52 5 comments: