Hi Folks - doesn't it bring it home to you that Mother Nature is in charge. So sorry for all those people who can't get home. Must be scary. Poor Fiona was going to Athens on Friday - Sophie's first proper holiday abroad. They went to Cadbury World instead, not quite on a par with the Acropolis. Fiona should have had first class tickets for Cadbury, based on the number of their products she consumes - without putting on any weight. Life is so unfair, sigh.
Not wishing to make light of anyone's suffering, but it did strike me that the erruption was a good subject for a Displacement Map as it has caused such a huge displacement. I went to the Met Office site and used their Volcano images on a page filled with a pale gradient. Just did a bucket fill.
. 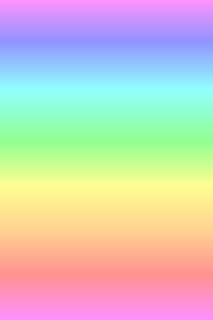 .
Then used the Volcano image as a Displacement Map.
. 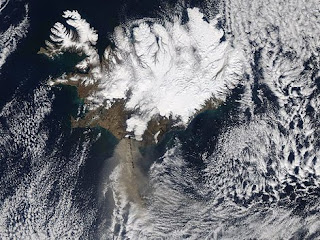 .
Set it on tile and followed it up with a Hot Wax Effect (make sure you have white as a foreground colour).
. 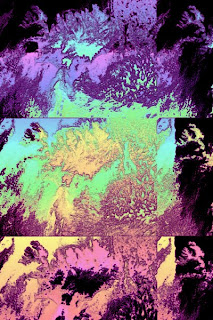 .
Quite a good image, I'm pleased with it.
Made a mistake in the last blog - Sian's group exhibition is at the Ginger Fig Gallery in Taunton, not the Green Fig as I said. Ginger sounds much more appetising!
.
Sulphursue - glad to have the explanation of your handle. I always remember that the docks at Vancouver had a huge heap of sulphur.
.
Heather - yes, it was interesting that both my girls asked me to get them a copy of Stitch magazine. Then they spoiled it by saying they wanted it because it was a great pic of the cat.
.
Ah, Jude all is explained. I have been promised a trial with the Bernina cutter but, as far as I can see, that does cutwork. I wanted one to cut stencils and shapes from paper and card. Wabitt's equipment sounds good - going to look into that. Much more affordable. Thanks Wab.
Now the Sue book is finally at the printers I am trying to catch up with myself but finding it hard to settle. Is anyone else like this after a big project concludes? I shall be fine in a day or so but to date my best artistic effort has been lunch with Jane Wild at the garden centre. We got carried away with the 'bogof' to get the free packets of seed and then had to divide them in the car park on a windy day.
.
I have performed the last kind act for cat Stevens - it was very hard but she seemed to be in so much pain. Although she didn't do anything but sleep and bite people in the last few months, we do miss her. Except for Smudge who is enjoying being an 'only'. Thanks for all your lovely messages.
.
Tomorrow I am going to meet my third cousin once removed. We found him through the Ancestry site and we are meeting at a posh hotel for afternoon tea. Then on Saturday we are off to a wedding so I have lots of social stuff to cheer me up.
.
Back soon - with news of the Sue Rangeley book, I hope. The printer's proofs are the best I have ever seen. Exciting.
Posted by Maggie Grey at 14:46

Those volcano images are stunning Maggie. Our son and daughter-in-law were due to fly to Venice on Monday but have settled for Dorset instead! So sorry to hear about poor old Stevens. It's always a hard decision to make but the kindest thing to do. Hope you had a great time meeting your cousin, and that this fine weather lasts for the wedding.

Here's hoping flights are back to normal in four weeks time!

I'm so sorry to hear about poor old Stevens. I know how hard it is. We had to put down our beloved 3-legged Golden Retriever last year days before his 4th birthday because of cancer. He was too weak to move but looked no different than ever when he was laying down. (I never get lying/laying right!) As Heather says, it is hard to do but the kindest thing. Please be comforted by that.

I've got the website for you for the Silhouette. http://www.silhouettemachine.com/default.aspx I just don't know who sells them over there with the correct power plug (as we call it here). I bought mine from Oh My Crafts that no longer seems to sell it. The new version (the SD) is $249, so quite a big jump in price. :(

So sorry to hear about Stevens. Never an easy decision. We have friends stranded in Singapore after a month's holiday in New Zealand. They are lucky in that they have accommodation until they can be flown back. Have fun meeting your cousin and at the wedding.

Sorry to hear about Stevens. Thanks for the mention in Workbox Maggie. I hadn't seen it until last week when someone at my Guild mentioned it.

Love the displaced volcanos Maggie - I must try d/maps again. And thanks for the mention of my blog in Workbox magazine - a friend told me and I didn't believe her until she sent me a copy! You get a mention in my handwritten blog this week (ready to post Friday) - I wonder if you'll remember the workshop?

sorry about stevens - tough decision but the right one

So sorry about Stephens, we had to put our dog to sleep last year aged 6, but riddled with cancer, so it was the only kind thing to do. Still hard though. I love your displacement maps. cheers, Robin

So sorry to hear about Stevens, but the kind thing to do,our pets should pass with respect and dignity.

Sorry to hear about Stevens but at least he had a lovely life with you and is now enjoying the peace of pussy heaven. Thinking of you

So sorry to hear about Stevens. I'm sure you did the best and kindest thing in the circumstances.
Hope you are well otherwise?

I've been lusting after one of those cutters you can use with the computer Maggie. I keep forgetting what it's called. But I believe it's made here in NW.
Brilliant idea using the met office image of the ash as your displacement map