Penance and a Promise

I wrote in the last blog that December had got away from me - well it looks like January went the same way. The problem I have is that I feel so guilty when I don't blog that I lose all desire to do any more. Isn't that silly?  Anyway, to make up for it I am going to post a little bit every day next week and invite you to help me create a new piece of work. Brave, huh? that means that it is almost certain to go wrong.  Here is my idea and it is based on logs.

At the end of last winter we ran out of logs. When we tried to buy more we discovered that most of East Dorset were also out of logs and no-one had any decent ones left. So we were forced to buy some very expensive ones from the company who supplied our burner. 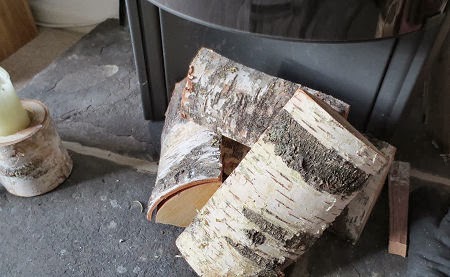 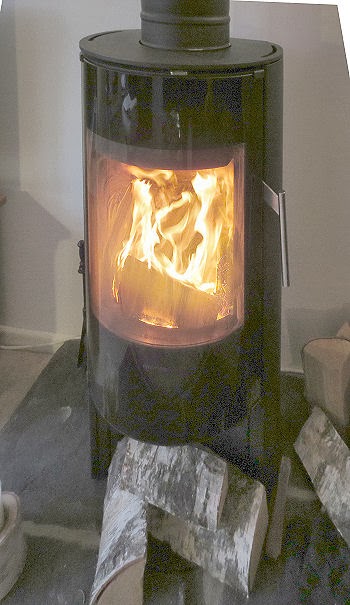 Well they may have cost more than the average but they were beautiful and they burned hot and long. So much so that we decided they were a good buy and bought some more. One or two had quite loose bark and I managed to pull it off. 'It came away in me 'ands, guv!'. 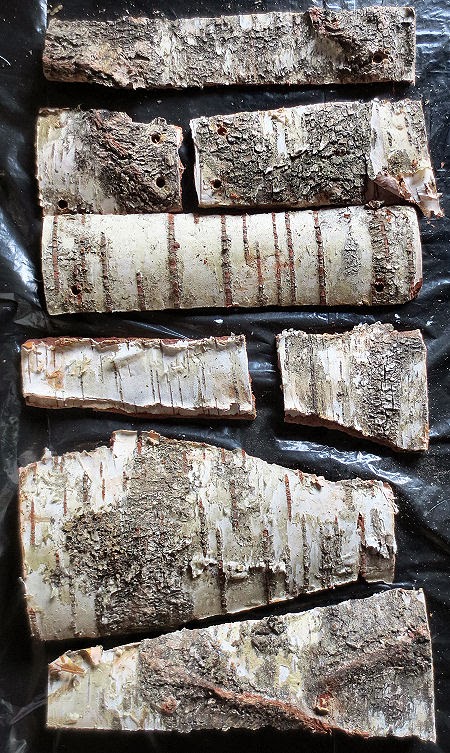 I had a fancy to make something with it, possibly involving the leaf shapes I had been using with my die cutter. It was laid out on the worktable and considered for a while. 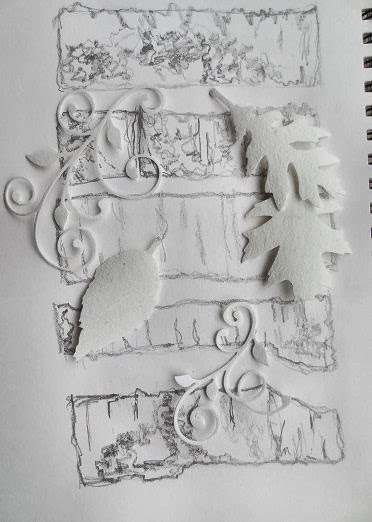 Then I made a five minute drawing with a 3B pencil - no time to be fussy, just blocking in texture and tone. I scattered about a few leaves and tendrils that I had cut from paper. 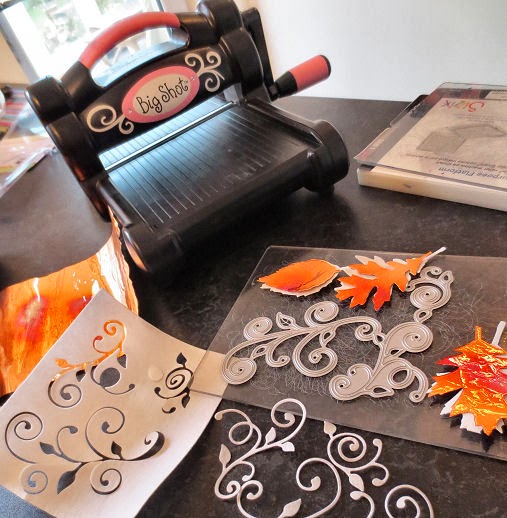 Looked OK so I got out the cutter and cut the tendrils from craft Vilene and leaves from Vilene and metal shim, I plan to back the metal with the Vilene so that I can stitch them. 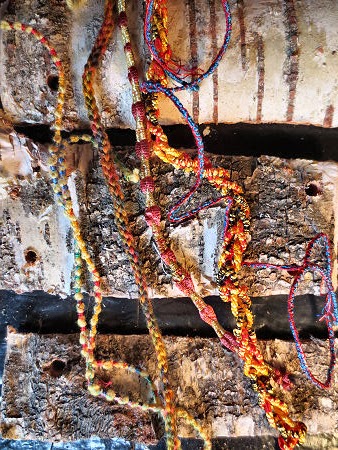 It will be necessary to join the bark strips so Clive drilled holes in them and I looked over my braiding samples. I think I will use a wrapped cord, although it was good to see the samples again. 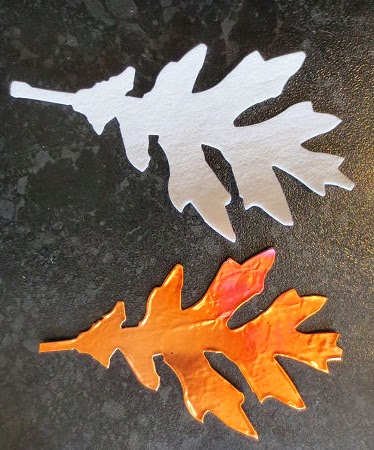 Here is a leaf and its backing Vilene - all ready to go,

I will be working through this next week so do please join me on Monday (we have a 'no computers on Sunday' rule in our house). I have a whole week blocked out in the diary so watch this space.

What a lovely idea and that bark is far too beautiful to burn. The gaps between my posts get longer and January was not a nice month and I can never put together a post if I don't feel positive. Apart from the weather February seems to be a bit better. See you on Monday.

This is promising to be an exciting and interesting journey with a stunning result. I love the bark of silver birch - lovely marks. Interested to know the cutter will cut metal too.

I'm the same as you about blogging Maggi. I was so keen to blog everything when I started but facebook has taken over quite a lot. I will however look forward to the coming week and your progress with the birch (or however long it takes....) Have a happy Sunday.

Lovely pieces of bark, will you seal it/preserve it? I had some fabulous driftwood that started to get eaten away....

Blogging is great if time consuming & we'll soon come back to it with the desire for more valuable content, once we're fed up of what people had for breakfast on fb!

Maggie this looks fantastic. I also love playing with Eucalyptus bark, it has such lovely shapes and you can peel it into thin slices - maybe next time aye!

Maggie, I'm sure you must know of the work of Dorothy Gill Barnes http://dorothygillbarnes.com/gallery.html
I love the things she did with bark. Your collection looks stunning. I look forward to seeing what you do with it.

I'm the same with my blog too. I guess we all move on. However I look forward to following your project Maggie.

This looks so exciting - love the colours and mix of fibres and natural.
Wish I could send you some of our bark in Sydney. When it falls it feels like the whole tree has fallen in huge strips.

I think this will be fabulous! Can't wait to see just how it turns out.

Ooh, that looks interesting maggie! I look forward to watching your progress. (I've been a bad blogger and blog reader recently - I don't know where the time goes! X

Looks exciting. I am finding the time between my blogs is getting longer to - I don't seem to have enough interesting things to show these days. I shall have to try harder! Your bark is beautiful.