Have managed to get internet access but don't know if I can load photos. We have had the most amazing time and today is our last full day in Oz. The show and the teaching went well - here is Dale at the show - it was not so much a stand as a smallholding. 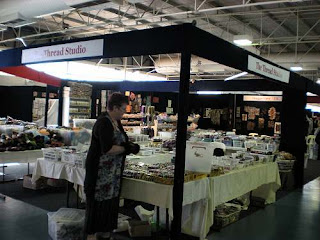 Wonderful to meet so many stitchy Aussies and especially great to meet Aussie Jo and Doreen. We all went out for a meal and I'm sure the pics will soon be on their blogs.

Perth is wonderful - we've seen kangaroos (check out the eyelashes), parrots and today we saw a pelican. 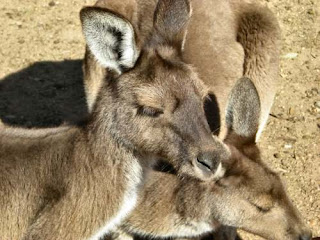 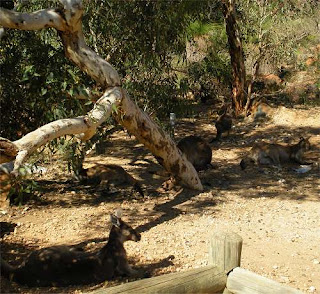 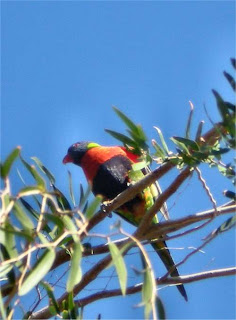 Spent the day in Fremantle, home of the world's best fish and chips.


What else have we done? For me the highlight was a three-day tour of the Kakadu National Park (and neighbouring parts) in the Northern Territory. There were only eight people in our group, six seats each in a 48-seater coach. Luxury! We visited two centres of aboriginal rock art, both excellent, both located in hilly country, overlooked by great towers of rock. 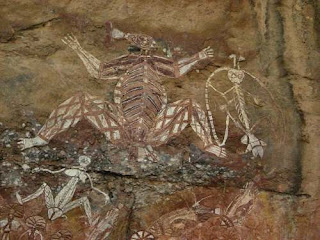 I was bowled over by the art and asked our knowledgeable guide if I could do some drawing - I think you have to be careful of other peoples beliefs. He told me which ones had been OKd for postcards as they were not considered sacred. I had some watercolour paper cut to postcard size but no paints of any kind. Had to resort to squeezing a lemon over the paper and then rubbing them in the orange/ochre coloured earth. Drew with a writing pen and then ran it under the tap as it was too heavy. Worked fine - especially when a little brown eyeshadow and a lip pencil came into play. 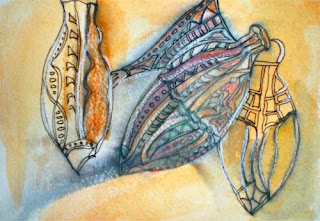 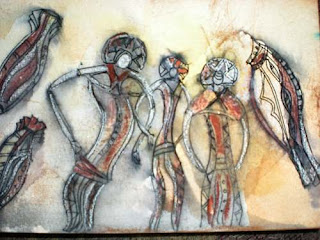 I also used my pogo printer and drew into the photos. Here the photos are at the top and the drawing continues at the bottom. 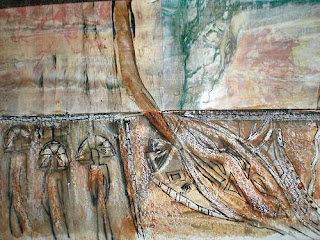 We went on cruises too - on this one the boat crew held out lumps of meet on ropes to tempt the crocodiles to jump - which they did. These were saltwater (estuarine) crocodiles - the biggest and most ferocious in the world, some up to 20 feet long. They are protected and have spread from the coast to the extent that virtually no rivers nor billabongs are safe for swimming. Lots of crocs and lots of film (still and movie). Then came the kites, also tempted by food. 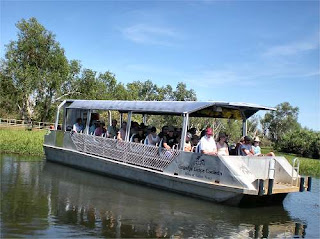 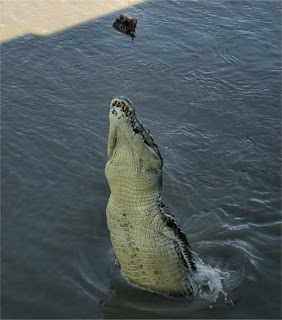 Sunsets I have seen; 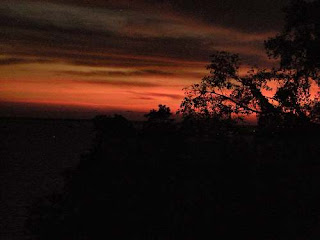 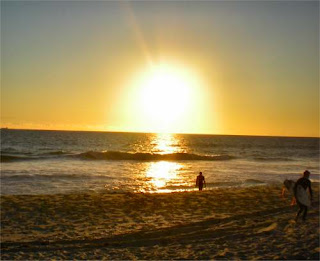 We have only had rain at night or in the early morning and the weather has been wonderful everywhere. Looking forward to a bit of sog at home - quite miss it.

At the crack of dawn tomorrow, we leave for Hong Kong, then one night on the plane and it's back to good old Blighty. It's been a fantastic adventure but I miss home and the kids. Back soon.
Posted by Maggie Grey at 10:10

Sure I speak for everyone when I say we'll be glad to see you home safely - we've missed you!

Gosh - what a wonderful trip. So glad that Doreen made it - I love her blog - she was so excited at going to Perth for your class! I just need you to come up to the North East of England sometime soon.

What a wonderful trip you and Clive have had - glad it wasn't all work. Those rock art sketches are stunning. I have just read Bill Bryson's Down Under so am still Oz orientated! It sounds a fascinating country. We've all missed you - safe journey home and not too much jetlag!

Looks like you have had a great time.Have a safe trip back

So nice of you to share some of your wonderful pictures with us. Have a safe trip home.

Safe trip home Maggie and Clive--I am so glad that I got to meet you personally and will treasure your friendship forever.
Thanks for your wonderful workshop I learned so much from you.

a small holding? With all the work I am doing after it I thought it was like an outback ranch.... hope you get home safe and sound and lovely to see you both -

One of the worries that I had when I first visited the Australian outback after getting my travel visa to the country is that we encounter dangerous animals. The picture of the crocodile reaching for his lunch is very very scary. But all of the other pictures, are very lovely. Wish I had pictures too but I kinda lost my bag on my night out on pubs in Sydney, kinda misplaced it while drinking some alcohol. Lol.