It's surprisingly hard work just getting 'normal' things done when you don't have a kitchen, plus the fact that I am very easily distracted these days. However I have to get down to some work as I have some new talks to put together and new work is needed. They will make their debut at the Festival of Quilts (NEC Birmingham) where we will have 'Face to Fabric' on August 12th and Art & Architecture on the13th. Last year, one of my talks was full very quickly and the other sold out on day one of the show so, if you're going to the show and would like a sit down, book early on http://www.twistedthread.com/pages/exhibitions/viewExhibition.aspx?id=31

I'm under Academy Workshops and Lectures. I'd love to see you. Here are some pics that I'll be talking about.

Below: Architecture of the Village - one of mine. 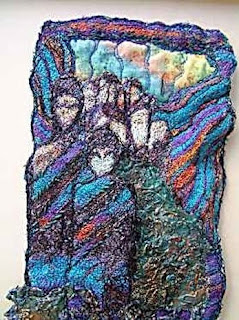 This is one of my images which turned into an Ancient Face embroidery. 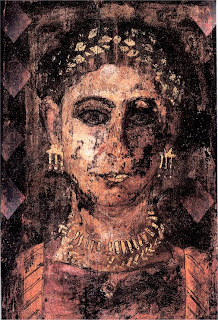 .
Fabulous work from Jane Wild - the one below is a 'back of head' study but there is a face on the other side!
. 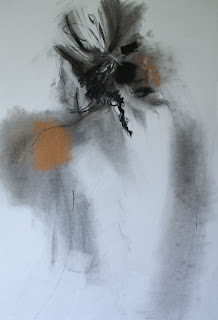 .
Another of Jane's - suits the current atmosphere of romance since the wedding. 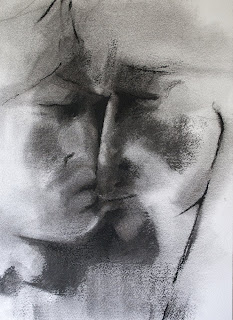 I usually do some step-by-step photos in my talks so a new piece needs to be made. I'm getting excited about some ideas that have been buzzing the head for ages. We usually have mini movies in our talks, too - to demonstrate technique.

What else has been happening? Clive has moved a rockery - a bit like the labours of Hercules. he discovered an old pond underneath it.
. 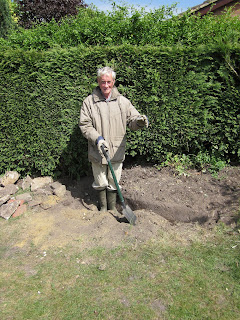 Buried in the pond where all kinds of things - like these dinky toys and a dog chew. It could lead to a series based on 'Those who came before us'. 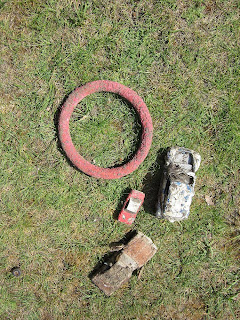 Smudge was no help but he enjoyed being a spectator from the summer house. he is auditioning for the pantomime - The Princess and the Pea - perched on top of all the chair cushions. 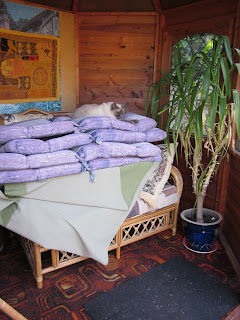 Finally: this was spotted on the wall of the underpass at the end of the road that leads to the trailways (lots of cycling being done at the moment, my bike looks much too new and I'm trying to bash it up a bit).

Do you think Banksy was here? 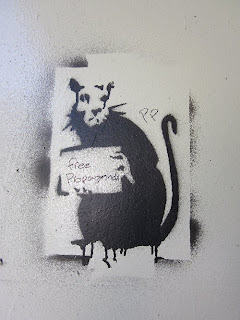 Lovely images of Jane's and your work. Are you going to reinstate the pond? That grafitti looks very Banksy, or a good fake. Trust Smudge to find the best seat in the house.

love your ancient face again - they are my favourite images - is the kitchen not finished yet - we are having ours done next week and I am dreading it - i can't believe how much you have done to the bungalow - you must be very laid back!!!!

Hi Maggie,
To-day i received my tickets for your lecture on "Face to Fabric".Jane's images and your work are great.

Hi Maggie,
I just realized I posted on July 08
instead of this one and it is much too long. Lust wanted to tell you I'm a fan of you and your work
Have a Wonderful Creative week
Linda aka suzieque